Valuable skills in the
realm of Military Law

With over 50 years of combined military aviation service, the Law Offices of Randy Reep possesses the skills, knowledge, talent and most importantly, the unstoppable drive to advocate for their military clients. 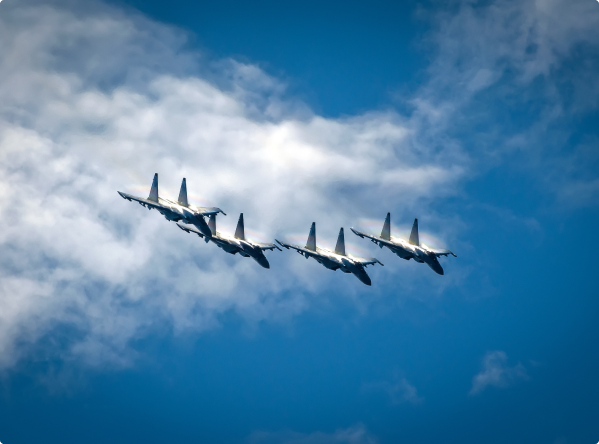 OUR EXPERIENCE IN THE FIELD

Through diligent research, preparation and focused argument, The Reep Law firm has achieved excellent results for military and veteran clients in military and civilian courts.

Senior enlisted member charged with multiple UCMJ violations following a Commander-Directed Investigation. After argument and appearance before a senior flag officer for Article 15 proceedings, disciplinary action suspended and member returned to normal duties with full eligibility for promotion and retirement.

Student aviator commissioned officer charged with double blow Driving Under the Influence reduced to reckless driving and member returned to flying status. Mitigation package and rebuttal resulted in a restoration of security clearance

Randy and John both started their military careers as enlisted men and earned their way up to the commissioned officer ranks.

Together, Randy and John have resolved hundreds of Veteran and Military cases. We speak the language, and importantly, we know intrinsically what is at stake. Because we have literally been in your shoes. Our office quietly but proudly supports Veteran programs in the Jacksonville area.

Randy brings more to your case than the average attorney. As an Air Force Veteran and Lieutenant Colonel and F15 Pilot for Florida Air Guar, he lives his life by the core values of “Integrity first, service before self, excellence in all we do.”

Randy brings more to your case than the average attorney.  As an Air Force Veteran and Lieutenant Colonel and F15 Pilot for the Florida Air Guard, he lives his life by the core values of “Integrity first, service before self, excellence in all we do.”

Fighter pilot training requires the ability to handle intense pressure, manage fear, and the ability to incorporate new information at a faster pace than others. The personal qualities of precision, tenacity, fearlessness and confidence enabled Randy to complete this training and reach a position very few others achieve.  These character traits and abilities that Randy developed while serving our country in the Air Force and Air Guard are the very same qualities the person defending your rights should have.

As an Assistant State Attorney, Randy gathered a wealth of experience in criminal proceedings.  He handled over 2,000 cases in his years with the State Attorney’s office, and successfully prosecuted thousands of misdemeanor and felony cases – many of them resolved through jury trials.  The experience Randy gained as a prosecutor is tremendously valuable to you as his client because he understands the ins and outs of legal proceedings and the details that may mean the difference between incarceration and freedom.

Randy strives to be the kind of attorney that he would want to hire for his own family members.  While proud of his achievements and confident in his abilities, Randy retains a level of humility not often witnessed in the legal field.  In the same way he feels that flying an F15 is a privilege, he recognizes the privilege it is that you entrust him with what may be one of the most important situations of your life.  He will handle your case aggressively and compassionately from start to finish, working hard to defend your rights and liberty. 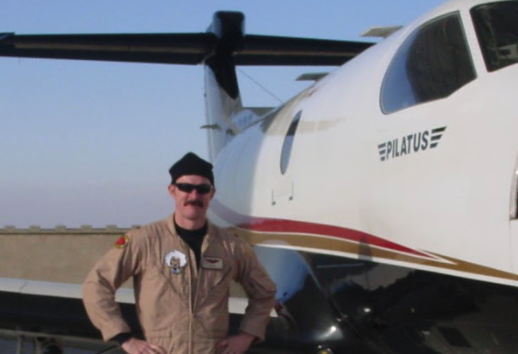 John Holzbaur grew up in Jacksonville and enlisted in the US Navy immediately after graduation from Wolfson High School. John served for over twenty-three years as a Naval Helicopter Aircrewman and Helicopter Rescue Swimmer and as a commisioned Naval Fight Officer.

John Holzbaur grew up in Jacksonville and enlisted in the US Navy immediately after graduation from Wolfson High School. John served for over twenty-three years as a Naval Helicopter Aircrewman and Helicopter Rescue Swimmer and as a commissioned Naval Flight Officer.

John flew as a Special Projects Mission Commander in the P-3 Orion aircraft, instructed student aviators in the T-1 and T-39 jet aircraft, and he deployed on frigates, destroyers, cruisers and aircraft carriers. John completed many combat tours over his years of service which culminated in his final tour as Officer-in-Charge of a direct action Joint Special Operations Aviation Detachment in Afghanistan.

After retiring Honorably in 2012, John was tasked by the Public Defender to research the national problem of incarcerated veterans. Over several years, John helped form a multidisciplinary team including the Public Defender’s Office, the private criminal defense Bar, the State Attorneys Office, Court administration, and the judiciary to establish several Veterans Treatment Courts in the Fourth Judicial Circuit. In 2017, the Duval County Veterans Treatment court was recognized as a National Mentor Court by the national governing body.

John’s veteran can-do aggressive style affords clients of the Law Offices of Randy Reep unmatched tenacity in and out of the courtroom. John was recognized by the Jacksonville City Council with Resolution 2015-676, commending him for his work with justice affected Veterans.

John has been married to Anastasia for 25 years and have three daughters, Maeghan, Eve, and Ana.